The original name chosen was “Union Congregational Church.” There were six original members representing four denominations, hence the significance of the word, "union."

For a number of years the church met at various locations in Paradise. After two disastrous fires, church members decided that a new location and building were needed. In 1908, contact was made through the Congregational Missionary Society, with the Craig Memorial Fund established by Sophia T. Craig of Sonoma. In memory of her late husband, Mrs. Craig donated to the church the large sum (at that time) of $1,000 for the construction of the  sanctuary, which was completed in 1909. As part of the bequest, the name of the church was changed to Craig Memorial Congregational Church.

As the oldest church in Paradise, Craig Memorial Congregational Church has felt a special kinship with the community.

While our historic church building burned in the November 2018 Camp Fire, church members and friends  continue to gather and worship in Paradise, prayerfully watching for what God has in mind for our community as it rebuilds!

Our heritage and history

Our church's roots go back to the 16th century English Reformation when a group known as the Puritans separated themselves from the Church of England and came to America for religious freedom. They arrived in the New World in 1620 on the Mayflower and became known in America as “the Pilgrims.”

In Paradise, the Congregational Church began when interested community members gathered on September 28, 1879. Prior to this time, there were no churches in Paradise. Following the establishment of the church, at least four churches in our community were “birthed” from Craig Church. 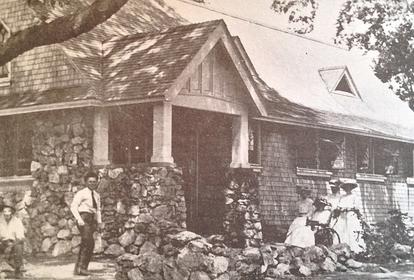